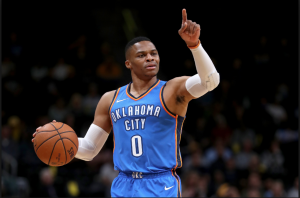 Basketball has long been known as the “Big Men” league.  Think Shaq, Michael Jordan, Lebron James, all very tall men who have been proven and are known to dominate the court.  However, a new era in the NBA has come to light and that is the golden era of the point guard.  In fact never before in basketball history has the court seen so many dominating guards.  Where once it was the job of the point guard to bring the ball up the court and get it in position for their team to play offense and score, now instead these floor gods are striking out at defense and the ones making the scoring points.  Think Russell Westbrook or Steve Nash…not known as some of the biggest players in the league by far, but well known for their scoring and magnificent playing abilities. 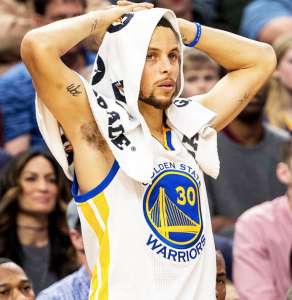 Although we do have to agree that Golden State Warriors point guard Steph Curry is performing a bit slower and without as much polish and punch per is usual self we like to attribute that to the addition of Kevin Durant to his team.  While the Golden State Warriors are already packed with MVP players and all-star picks, adding a big star like Kevin Durant to the team could be a little daunting.  However, they aren’t deeming this the point guards golden era for nothing.  In fact as we see more and more what these newfound point guard abilities can achieve it is probably safe to say that we are only beginning to really delve into how much of a punch the point guard position can pack.  Besides Steph’s stats may be off to a slow start and a bit on the low side, but this Golden State MVP is still averaging 25 points per game.  Give him some time to warm up to Durant on his team and I believe we will see him come out of his shell once again.  Besides with point guards as dominating as they are on the court he will need to step up his game to be able to leverage any type of competitive edge on the opposing teams point guards.  We know Harden, Ricky Rubio, and Westbrook won’t slow down for anyone.  They have their eye on the prize….the NBA Championships. Let’s get it boys!

Comments are closed, but trackbacks and pingbacks are open.